NextEra Energy Resources believes it's important to operate its business in harmony with the environment.

NextEra Energy Resources believes providing energy to power our nation should have minimal impact on the environment. We generate electricity by using the wind, the sun, water, natural gas and nuclear power - clean or renewable energy. We have a responsibility to provide energy to our customers while doing so in a way that's sensitive to our environment. It's a delicate balance - and one that we're committed to maintaining. We do this during each stage of project development and operations.

Our parent company, NextEra Energy, Inc., has been recognized for its commitment to protect the environment.

Sustainability goes beyond simply using renewable and clean energy sources to generate electricity. It demonstrates the respect NextEra Energy Resources has for the land when we develop, build and operate our power plants - how we minimize our impact on wildlife, land and water. Our actions in this area have been acknowledged in environmental awards and recognitions.

Our wind facilities have enabled customers who have purchased the renewable attributes to reduce 2019 emissions that would otherwise have been released into the atmosphere from other sources of power generation, including more than 23.3 million metric tons of carbon dioxide, which is equivalent to taking more than 5 million cars off the road or avoiding the use of more than 53.9 million barrels of oil.

Water is an important part of power generation. Sustainable energy production demands wise use of water resources. Our wind plants require no water at all to generate electricity, which makes them increasingly important in areas of the country where demands on water resources are high.

When evaluating a location for a potential wind or solar site, we look at current land use, wetlands, waterways and wildlife habitat, among other criteria. For wind energy sites, NextEra Energy Resources leases the land from farmers and ranchers.

We believe in protecting the plants and wildlife at our sites across the country. We conduct careful environmental assessments at all prospective wind sites to ensure projects are constructed in locations where wildlife impacts will be low. We also partner with other organizations for wildlife research. 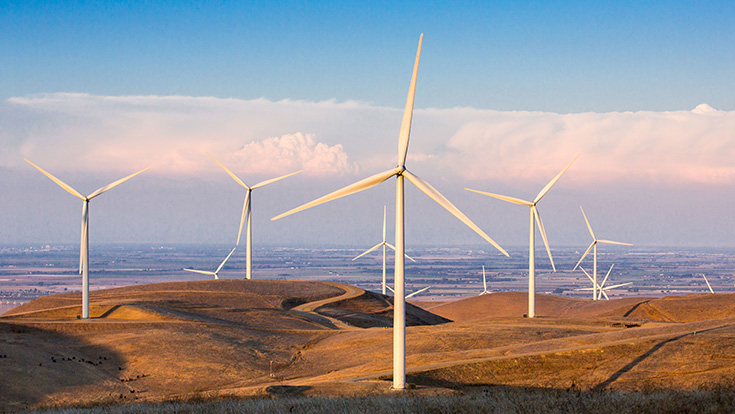 This initiative breathed new life into an old project, reducing the impact on the environment and providing good jobs and meaningful economic benefits for the local economy. An affiliate of NextEra Energy Resources owns and operates the Golden Hills North Wind Project.

Advancing California’s environmental preservation – NextEra Energy Resources has contributed more than $1.7 million to date toward wildlife preservation and research and contributed approximately $500,000 when the Golden Hills North Project is operational. The investment in research will help with the continual improvement of turbine siting as well as further studies on avian populations.

Economic boost – The project created a significant economic boost for Alameda County, creating hundreds of union jobs during the construction phase and provided full-time employment opportunities. The project will provide more than $10 million in property tax benefits to Alameda County over its projected 30-year operational life. From labor and materials, to housing, health care and construction, a wide variety of local businesses benefit from the influx of economic activity.